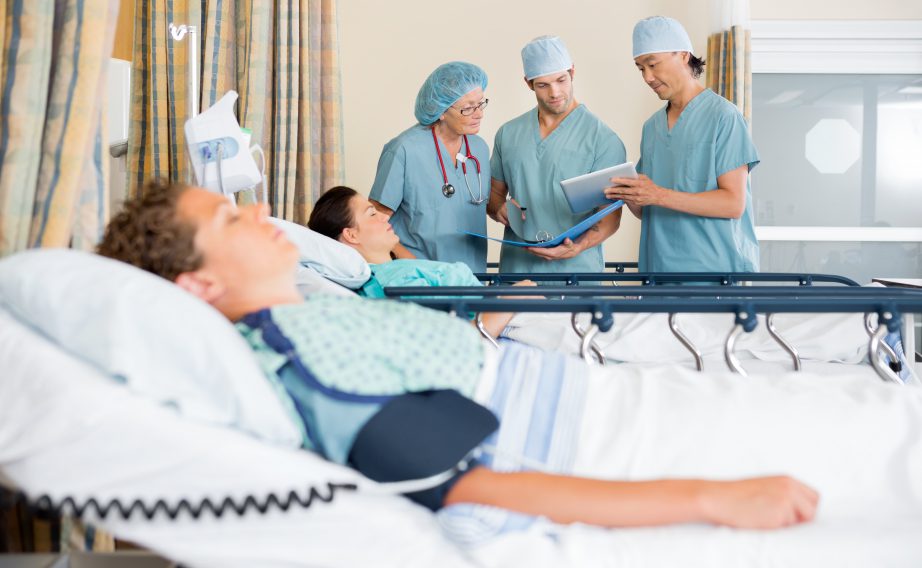 Injured workers who’ve undergone surgery run the risk of developing chronic pain. Researchers say up to 70 percent of patients experience chronic post-surgical pain (CPSP), depending on a variety of factors.

Fortunately, there is now evidence that cognitive behavioral therapy (CBT) is an effective intervention for CPSP. The skills used to help injured workers with delayed recoveries following injuries can also be used to prevent chronic pain following surgery.

Chronic pain persists long after tissues damaged by an injury have healed. In the same way, chronic pain may be present long after inflammation, neuropathy or tissue damage from surgery has dissipated. CPSP is defined as “pain experienced due to a surgical procedure that persists beyond the expected time frame of recovery and cannot be explained by other biological causes, including a preexisting chronic pain disorder.”

Acute post-surgical pain (PSP) caused by incisions typically resolves within 3 months. But that is not the case for many people. Poorly managed severe acute pain following surgery is a risk factor for CPSP. This acute pain can cause a variety of physical problems; such as respiratory issues, tachycardia, hypertension, insomnia and impaired wound healing.

Psychological, environmental and societal factors also increase the risk of developing CPSP. Specific risk factors for chronic pain — whether after an injury or surgery — include:

Researchers in Toronto speculated that the success of CBT in treating chronic pain could be effective in preventing CPSP. They examined existing studies in which CBT was used in preparation for surgery and/or during the recovery phase, before pain became chronic.

The trials had been conducted in Sweden, the U.S., Italy and Denmark and had sample sizes ranging from 53 to 130 patients. Five of the six studies were on back-surgery patients — either spinal fusion or laminectomy — and one study included cardiac surgery patients with comorbid depression.

There was a wide variety in terms of the timing and delivery of the CBT and the length of follow-up, from 1 week to 2-3 years. In two of the studies, CBT was integrated with physical therapy. Two of the studies delivered CBT in group settings, while the others involved individual sessions.

CBT that was delivered individually appeared to be more effective. Two of the studies, T5 and T6 “were the only ones that reported no significant differences in pain scores, and we were unable to analyze effect sizes,” the researchers wrote. “Despite wide variability in studies, we were able to identify some characteristics in these studies that may have contributed to this. In the other studies, the psychotherapy was administered on an individual basis, while the intervention in T5/T6 was administered in a group setting.”

Pain is an experience based on a variety of biological and psychological factors. CBT has been proven to be effective in helping injured workers cope with their chronic pain by showing them adaptive ways of thinking, feeling and behaving. It helps improve pain intensity and improve mood and reduce catastrophic thinking.

The practice of using CBT for surgical patients to prevent chronic pain is not yet well established. However, the results of these studies suggest the benefit. The skills learned in CBT can reduce the likelihood that an injured worker who undergoes surgery will progress from acute to chronic pain.

Injured workers who undergo surgery are just as likely to experience chronic pain as those who sustain injuries. The studies presented show CBT is effective in actually preventing chronic pain.

“The impact of CPSP is pervasive, causing significant suffering, global distress, and physical disability, which only add to the growing health care burden,” the authors wrote. “Evidence from the initial randomized controlled trials supports the clinical utility of psychological interventions in the perioperative period to reduce the risk of long-term pain outcomes. These findings are in keeping with the continually growing body of empirical evidence for the role of modifiable psychological risk factors in the transition from acute PSP to CPSP.”