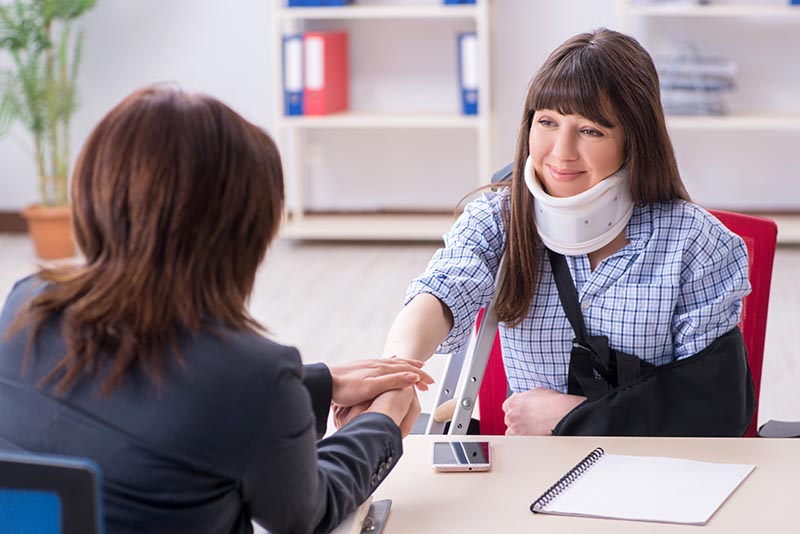 Are you in a mental state? Confused? Good news; we are here to help! Workers’ compensation claims involving physical injuries are complicated enough, but those with mental conditions can be a nightmare. Evaluating mental health claims is a tricky business for many. An X-Ray won’t indicate whether Joe’s anxiety is directly related to a severe fall through a roof he sustained at work last month, or if Susie’s heart attack can be attributed to her job stress.

Nevertheless, the increase in depression, anxiety and other mental health conditions among the U.S. workforce is a reality and requires claims handlers to have a solid understanding of these claims. Read on for information to help. ALERT: there will be a quiz later in this post!

Just as each jurisdiction has its own separate workers’ compensation system, each also has different rules regarding mental health conditions. They may be addressed by statute, regulations and/or case law, according to a study by the National Council on Compensation Insurance.

While each jurisdiction’s handling of mental injuries is different, they generally fall into one of three broad categories:

But even within these categories, states have differences in terms of how and when they provide compensation. For example, within the mental/mental category, some states have statutory language that allows compensation for nonphysical mental injuries or stress under limited circumstances. But they may differ in the degree of evidence required as proof.

The fact that the thresholds for proof are different, as well as other differences among jurisdictions makes evaluating these claims that much more difficult. It requires a highly trained expert to determine if a worker’s mental condition is likely compensable.

Knowing the requirements for mental health compensability for all 51 jurisdictions would be nearly impossible for most of us. However, claims handlers should at least have a rough idea of the mental health coverage available in their particular state.

That said, here is a short quiz to help determine how well you understand your state’s handling of mental health conditions in the workers’ compensation system.

• What, if any, exclusions are there to the mental health coverages offered?

Ten states require a licensed psychologist to diagnose the injured worker for compensable mental injuries. Payers in the other 41 jurisdictions would be wise to do likewise, as these experts are among the few that can truly determine the validity of an injured worker’s mental health claim.

Here’s an additional caveat that can muddy the waters in evaluating mental health claims; some states require the use of the American Psychiatric Association’s Diagnostic and Statistical Manual of Mental Disorders in diagnosing mental injuries.

In states where mental/mental injuries can be covered, most exclude stress arising out of personnel actions. Imagine trying to understand whether Fred’s anxiety is due to the gun fight he witnessed in his employer’s parking lot or the demotion he was given for poor customer service scores.

In addition to the requirement that a mental/mental injury be ‘the predominate’ or ‘substantial contributing’ cause to be compensable, some states also say the degree of mental stress must be considered ‘extraordinary.’ There could be a fine line between ‘ordinary’ and ‘extraordinary,’ especially for the lay person.

One more example to underscore the complexity of the various rules and regulations of mental health claims: Colorado is among the states that allow compensation for mental/mental injuries. To be compensable, ‘competent evidence’ is the degree of evidence required. As NCCI explains it: “accident,” “injury,” and “occupational disease” shall not be construed to include disability or death caused by or resulting from mental or emotional stress unless it is shown by competent evidence that such mental or emotional stress is proximately caused solely by hazards to which the worker would not have been equally exposed outside the employment.