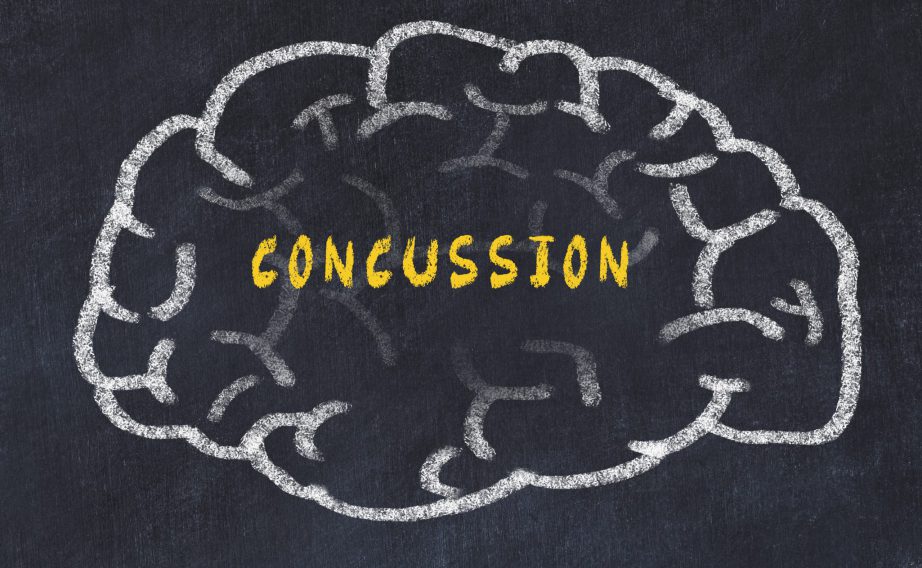 A bonk to the head or a crack to the jaw were commonplace in old movies. Knocking a villain momentarily unconscious gave the hero just enough time to escape. Then suddenly, the villain would wake up no worse for wear, dust himself off and run off in hot pursuit. I remember plenty of real-life concussions in my day as well, thanks to 15 years of playing hockey. They went something like this: headfirst into the boards, slap-shot to the temple, a solid right to the jaw, over the goalie straight into the goalpost. Whether we witnessed concussions or experienced them ourselves, we often didn’t consider them to have serious health implications.

That was until the waning years of the 20th century when public opinion began to change. Growing concern over sports concussions triggered by reports of lawsuits in professional and college football started it (Barth, et al, 2001; Meaney & Smith, 2011; Pachman & Lamba, 2017). Soon, concussions were a major concern, and no longer just slapstick comedy or an occupational hazard for professional boxers (Harrison, 2014).

Not immediately evident in many workplace injuries, traumatic brain injury is obscured by secondary factors, such as the subjectivity of reported symptoms and co-occurring psychiatric conditions, like anxiety, depressed mood or PTSD (Bryant, 2011; Polinder, et al, 2018; Silver, 2012). In part, due to many workplace mild head trauma reports, efficient clinical management of mild head injuries in occupational medicine requires a careful balancing of medical necessity and cost containment.

The initial assessment addresses serious or life-threatening conditions, e.g. intracranial bleeding and unstable back or neck vertebral injuries requiring immediate care. A mild head injury requires head and neck CT scans, depending on the presenting symptoms and possibly further assessment by a neurologist or neurosurgeon. Head and facial contusions or lacerations, cervical strain (“whiplash”), and other injuries may also require immediate attention. Usually, an injured worker will not have signs of intracranial injury but will have characteristic complaints consistent with a concussion (Meaney & Smith, 2011; Ontario Neurotrauma Foundation, 2018; Tator, 2013), see Table A below.

Most individuals who present with a combination of these head trauma symptoms, but who do not have signs of intracranial bleeding or other central nervous system mechanical injuries, recover fully within days or weeks (CDC, 2003; Ontario Neurotrauma Foundation, 2018; Polinder et al, 2018; Ryan & Warden, 2003). The most common presenting complaints tend to be the longest-lasting: headache, dizziness and decreased concentration (Hiploylee, et al, 2017; McCrory, et al, 2004; Ontario Neurotrauma Foundation, 2018; Wood, 2004).

Some systems categorize mild brain injury levels differently, but most clinicians agree on the key features of a concussion:

Still, a small but significant patient sub-group continues to report clinically significant symptoms beyond one-month post-injury. This becomes controversial and complex. Some clinicians emphasize that most individuals with mild head trauma exhibit typical concussive symptoms but then recover completely within days. There is seemingly no strong correlation between the mechanism of injury and symptom severity, but a growing consensus determines there is a threshold amount of force necessary for lingering PCS symptoms to occur (McCrory, et al, 2004; Meaney & Smith, 2011).

Other clinicians and researchers emphasize the social, emotional, legal and economic factors that come into play in the recovery process—common when a high degree of subjectivity is involved in determining the extent of the injury and the nature of lingering symptoms (Polinder, et al, 2018; Silver, 2012). For individuals who continue to report symptoms (listed in Table A above) beyond a month after the initial injury, a Postconcussional Syndrome, PCS diagnosis (ICD-10: F07.81) is applicable. Note: a Concussion is a medical diagnosis and Postconcussional Syndrome (aka post-concussion syndrome) is a mental health diagnosis (Boake et al, 2005).

Neurocognitive functions affected by mTBI/concussion, including memory disturbance, concentration and attention, and executive functioning (Bigler, 2008) typically improve over time but can also benefit from cognitive rehabilitation strategies and supports (CDC, 2015; Ontario Neurotrauma Foundation, 2018). In some cases, a full neuropsychological assessment may be warranted, but in most situations, neurocognitive symptoms and symptom magnification tests or validity testing can be done in a screening format (e.g. CNS-VS®, Gualtieri & Johnson, 2006).

The mental health assessment should include information about secondary gain as well as a thorough medical and psychiatric history to rule out psychosomatic conditions e.g., somatic symptom disorder, factitious disorder. Psychological testing is also important for the assessment of comorbid PTSD, which can significantly complicate concussion recovery (Bryant, 2011; Silver, 2012; Bigler, 2008). Cognitive behavioral therapy (CBT) to address pain and/or post-traumatic symptoms combined with focal neurocognitive rehabilitation strategies is the core of the Ascellus Rebound® program, which is based on current best practices and guidelines on concussion recovery (CDC, 2015; Cicerone, et al, 2011; McCrory, et al, 2004; Ontario Neurotrauma Foundation, 2018).

As the research on Concussion and PCS have advanced, traumatic head injury subcategories have been identified. Notably, research on specific sub-syndromes, such as sleep and arousal disturbances, neuropsychiatric symptoms, chronic pain and vestibular disturbance, have identified potentially separate causal mechanisms that can lead to targeted interventions that improve outcomes for these symptom domains.

Consequently, the target domains for assessment and management of PCS can vary considerably, depending on persisting symptoms. For many, the lingering problem is head, neck or other orthopedic or nerve pain. Pain complaints are not due to brain injury. Although the brain receives and interprets pain sensations, the brain itself doesn’t have pain fibers. The skull and the meninges – the tissues that circulate blood and cerebrospinal fluid between the skull and the brain – are full of pain fibers and are sensitive to mechanical injuries that can linger significantly. There is also referred pain from nearby neck and shoulder injury that can result in chronic pain complaints (Melton, 2017).

Another common residual feature is dizziness, or vestibular disturbance, also not due to brain injury per se, but injury to the otolith organs of the inner ear. Adequate assessment of vestibular functioning and identifying specific causes of these problems can significantly improve outcomes rather than just assuming vestibular problems are secondary to the non-specific effects of a mild head injury. Vestibular therapy has become common practice in concussion rehabilitation, but a full assessment of vestibular problems is complex in its own right (Kolev & Sergeeva, 2016; Wallace & Lifshitz, 2016).

Sleep disturbance is also a common lingering feature (Hinds, et al, 2016). Recent studies show that this may be due to a different mechanism of injury than blunt force trauma to the cerebral cortex (Jang, Kim & Lee, 2019). Neurophysiological studies of the Ascending Reticular Activating System (ARAS) in head trauma have shown a strong relationship between damage to these axonal pathways and disturbances of arousal. In other words, the system normally controlling our diurnal sleep-wake cycles can be disrupted by axonal shearing or mechanical injury. In these cases, there is often abrupt head and neck movement, such as in a lateral, oblique force to the head or whiplash injury (Jang, Kim & Kwon, 2018).

Finally, some individuals with lingering post-concussive symptoms show evidence of hypothalamic-pituitary dysfunction (Scranton & Baskin, 2015; Molaie & Maguire, 2018). These features can include concentration difficulties, depressed mood, anxiety and agitation, panic attacks, fatigue and unstable affect (anger outbursts, tearfulness or general pseudobulbar affect). While these may be due to functional causes, such as stress or injury and recovery associated anxiety, they may also be due to injury to the pituitary glands’ and hypothalamus’ vulnerable structures (Bigler, 2008; Scranton & Baskin, 2015). The alteration of neuro-hormonal functioning that can result from hypothalamic-pituitary system injury is a relatively new area in the mTBI field but has yielded important and relevant results, especially regarding possible unresolved PCS etiology (Hiploylee, et al, 2017; Molaie & Maguire, 2018).

Following an initial assessment, outpatient cognitive-behavioral mindfulness and behavioral health therapy are combined with psychiatric consultation and medication management as needed for mood, anxiety and post-traumatic symptoms. The psychologist and psychiatrist clinical providers in Rebound® are trained for resolving non-credible symptom presentations in a positive manner that emphasizes the de-escalation of symptom reports and consideration of return-to-work options within a supportive therapeutic relationship.

Although the pendulum swing towards popular awareness and increased workplace concussion reporting may have resulted in an increase in non-credible or marginal cases, the increased attention to mild TBI has led to increased clinical studies and a better understanding of the mechanisms and potential interventions for PCS sequelae. Standardized psychological testing and intervention improvements have provided cost-effective approaches to distinguishing presentations that combine valid PCS and co-morbid conditions e.g., PTSD, adjustment disorder, somatic symptom disorder, from those characterized by non-valid or magnified symptom reports.

For injured workers who do suffer from prolonged symptoms following a concussion, the clinical research on chronic pain, inner ear injuries, reticular arousal system and neuroendocrine-based psychiatric problems at least holds promise for improved symptom-focused interventions. A better understanding of a concussion’s psychological effects, including mood and PTSD issues, has been showing significant improvements in decreasing the duration of PCS features. In the long run, advances in applied neuroscience, psychiatry and neuropsychology should make it much easier for concussion patients to get up on their feet, dust themselves off and get back in the game.

Daniel LeGoff, Ph.D., LP is the Clinical Quality Assurance Director at Ascellus and a licensed neuropsychologist with more than 25 years of clinical experience.

Ascellus – Integrated Medical Case Solutions – is the premier behavioral medicine network for pain and trauma response with evidence-based outcomes and a proven track record for transforming workers’ compensation cases. Ascellus makes intervention efficient with a national network of 1,500+ providers in all 50 states.