Stress is Contagious: Stop “Strezazzled” People from Encroaching on Your Brain 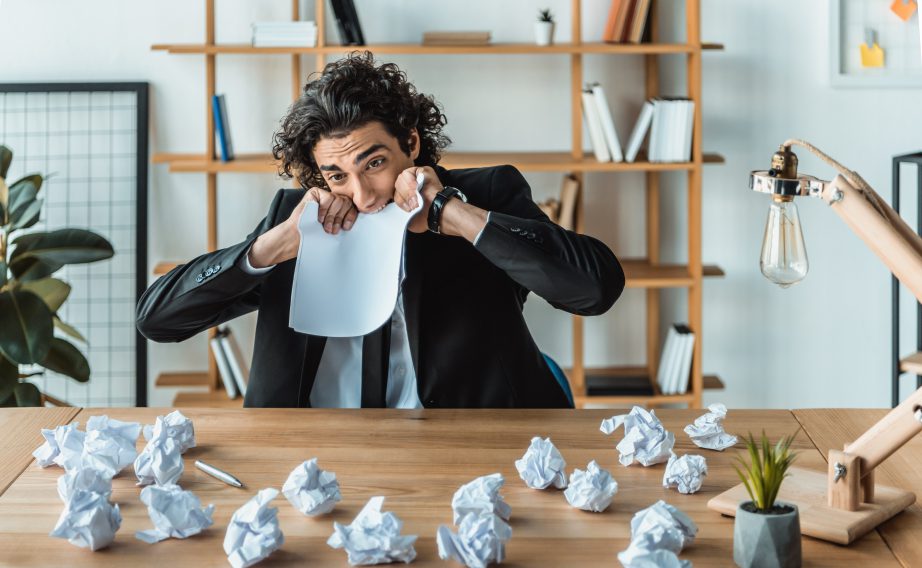 If you ever feel that being around a particular person causes you physical angst, you may be on to something. The idea that someone is stressing you out is not as farfetched as you may think, especially if that person tends to get “strezazzled” (overly stressed out over relatively menial issues). In fact, new research suggests that stress is so contagious it can cause changes to your brain — as if you are actually experiencing the stress yourself.

Injured workers with chronic pain typically have extremely high levels of stress, along with the physical characteristics associated with it. Fortunately, the short-term strategies that have proven to be highly effective in reducing their stress can work for anyone.

Stress isn’t always a bad thing. We need certain levels of it to grow and thrive. Exercise, for example, is highly beneficial even though it stresses out the muscles and cardiovascular system.

A certain amount of mental or psychological stress is also positive. Learning a new language or increasing the level of difficulty with various word games trains our brains and keeps them active.

However, an overload of stress is counterproductive to our overall health and wellbeing. Too much stress causes a spike in the stress hormone cortisol and can trigger enduring changes in neural circuits and synapses. In addition to increases in heart rate and blood pressure, elevated cortisol levels can interfere with learning and memory, lower the immune function and bone density and cause weight gain. It also increases the risk for depression, anxiety and mental illness.

And now, researchers are looking into the idea that one person’s stress can cause those same physical reactions to be transmitted to another person. In other words, you can catch stress from someone else.

Researchers in Calgary tested this hypothesis by analyzing mice. Using pairs of males and females, they removed one mouse from its partner and exposed it to a mild stressor and then returned it to the partner. They found that, indeed, the mouse that had not been exposed to the stressor had the same brain reaction as the partner when they were paired together again; the transmitted stress changed the brain in the same way as the real stress. Specifically, the researchers looked at the responses of a population of cells, called CRH neurons, which control the brain’s response to stress. The CRH neurons from the partners who were not exposed to the actual stress showed changes that were identical to those measured in the stressed mice. According to the head researcher, humans may do the same. He also said there is evidence that some symptoms of stress are evident in family members of people who suffer from posttraumatic stress disorder (PTSD).

Stress on the Brain

The release of cortisol from stress is part of the fight-flight-freeze response. It alerts us to potential danger. The body becomes mobilized and ready for action. This is a positive response when a sabre toothed tiger is on the loose and coming toward us, but when no such danger is present, cortisol levels build up in the blood and cause chaos throughout the body. According to neuroscientists, chronic stress results in long-term changes in brain structure. PTSD, for example, leads to differences in gray matter vs. white matter. Gray matter is responsible for higher level functions, such as thinking, decision making and computing. White matter consists of axons which help create a communications network between brain regions. Scientists have discovered in recent years that prolonged stress results in an excess of white matter in some areas of the brain, which can reduce efficiency and streamlined communication within the brain. There is also some evidence that cortisol can lead to a vicious cycle creating a brain that becomes predisposed to be in a constant state of fight-flight-freeze.

Back to being around the ‘strezazzled’ person…. You can inoculate yourself against their stress by taking two minutes before going into that meeting, or arriving at work. You can immunize yourself by regular practice of mindfulness techniques.

Behavioral techniques that relax the mind and body are among the best ways to reduce stress. They increase GABA, a naturally occurring molecule that gives us a sense of calmness.

We use many of these methods to help injured workers with chronic pain to help relieve their stress and focus on strategies that teach them to cope with and manage their pain. For example:

Too much stress can have very detrimental effects on the mind and body. We now believe that it’s contagious. Reducing stress levels can keep you and those around you healthy and happy.