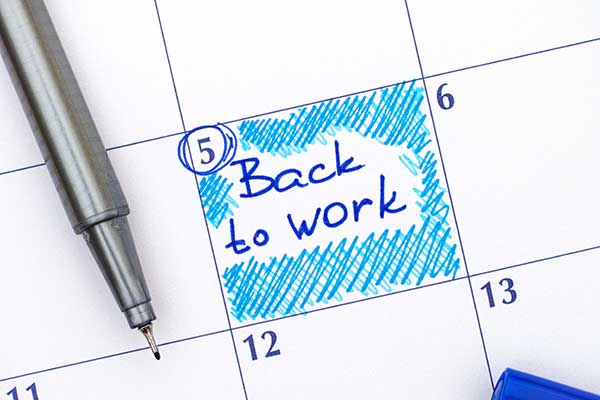 Early identification and intervention for at-risk injured workers can save employers a bundle. One of the nation’s largest grocery chains saw astonishing results when it partnered with a company that specializes in both.

Albertson’s employs 290,000 union and non-union workers at more than 3,000 locations in 41 jurisdictions. With factors such as mental health, comorbidities and increasing severity driving up workers’ compensation medical costs, the company sought to intervene in delayed recovery cases when it undertook this pilot program in 2013.

Injured workers with low back pain at the company’s Northern California facilities were the initial focus. Southern California worksites were included the following year, and the program was rolled out nationwide in 2015.

Ascellus, using a sports medicine approach, with early intervention and immediate care as the hallmarks of the program. Skill acquisition, improved function and return-to-work were the goals for the injured workers. The first step was to identify injured workers who were at risk of delayed recoveries — before their claims went south.

The EIPQ has been proven to accurately identify patients with psychosocial factors; i.e., those at higher risk of delayed recoveries. The initial the initial 21 questions have been pared down to 11, with the same success rate . The primary treating physician administers the questionnaire.

Each of the 11 items in the EIPQ is posed as either a question or statement. Examples are:

A breakdown of the costs shows the value of the screening. Of the 1,822 EIPQs administered between 2013 and 2015 to Albertson’s employees in California, the results clearly demonstrate that higher costs were associated with the higher scores for risk of delayed recovery.

Those deemed ‘low,’ ‘low-moderate,’ and ‘moderate’ risk continued through the typical claims process. Those identified as ‘high’ or ‘very high’ risk were given the option of participating in the COPE with Pain program.

CBT is effective when it is administered by a specially trained behavioral health psychologist. In addition to developing the EIPQ, Ascellus also employs a nationwide network of CBT-trained psychologists, as well as psychiatrists.

For each claim in the Albertson’s program, the Ascellus psychologist held a series of 10 conference sessions with the nurse case manager, claims examiner, medical director and others to support the CBT plan for each of the participating injured workers. The idea of these sessions is to discuss the injured worker’s progress and any apparent problems. They also seek to minimize or discontinue the overutilization of medications and focus on a timely, coordinated return-to-work.

Of the more than 11,000 screenings completed  for the pilot program, 12 percent scored high or very high for delayed recovery risk.

Approximately half of these injured workers understood that new skill acquisition  for resilience offered through CBT would be in their best interest , while the remainder  chose not to engage. Those who participated had an average of 6 CBT sessions.

Albertson’s sought to test the effectiveness of the COPE with Pain intervention. Three comparison groups of injured workers who scored high or very high  on the EIPQ were created, with the following results:

She also said  that because of the results the company is seeing more primary treating physicians referring high-risk injured workers for CBT earlier in the claim process.

More employees miss work due to stress and anxiety than physical illness or injury combined, with the economic burden between 3 and 4 percent of the gross national product.

Workers with behavioral and emotional risk factors who become injured are more likely than their coworkers to have delayed recoveries, resulting in poor outcomes and excessive costs. An estimated 10 percent of claims consume 80 percent or more of workers’ compensation medical and indemnity resources.

Identifying and using CBT for injured workers at risk for delayed recoveries can have a tremendous impact on improving outcomes for all involved in a workers’ compensation claim.