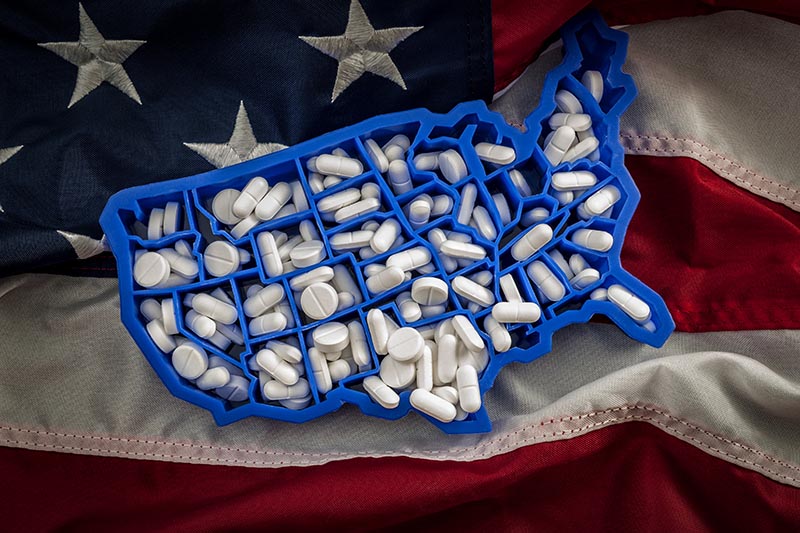 “In 2015, more than a third of the U.S. adult population used prescription opioids, 11.5 million adults misused them, and 1.9 million had use disorders. Actions should be taken to expand safe, evidence-based pain treatment and decrease excessive prescribing that may leave unused opioids available for potential misuse.”

Those comments from a recent government-funded study point to the urgency of identifying and referring chronic pain patients for non-opioid treatments, such as cognitive behavioral therapy (CBT).

Researchers analyzed results from the 2015 national Survey on Drug Use and Health to estimate the prevalence of prescription opioid use, misuse and use disorders, as well as the motivation for misusing the drugs. More than 51,000 surveys were included.

The U.S. Department of Health and Human Services was the primary source of funding for the project. Here is what they found:

By far the most commonly reported motivator for misuse was “to relieve physical pain.”
In addition, the report said adults with behavioral health problems were more prone to misuse and use disorders of opioids, along with those who were uninsured, unemployed, and/or had low incomes.

What is especially disconcerting about the study is that the findings come despite all the evidence showing long-term opioid use is not recommended for most people with chronic pain.

In addition to the abuse and misuse of the drugs, we also know that opioids generally have no effect on pain or even worse, can intensify it. As the authors explain, “recent studies found a lack of data supporting the long-term effectiveness of opioids for chronic pain treatment and showed the well-documented increases in harms associated with increased opioid prescribing in the United States.”

An additional concern revealed by the research is that a majority of those who abuse the drugs don’t have prescriptions for them and get them instead from ‘friends’ or ‘relatives’ who have leftover pills. That indicates that in addition to the many unnecessary prescriptions written in the first place, too many pills are being prescribed at one time.

“The results suggest a need to improve access to evidence-based pain management and to decrease excessive prescribing that may leave unused opioids available for potential misuse,” the authors point out.

Opioids are being prescribed to relieve pain “even among adults with misuse and use disorders,” the report says. A history of substance abuse is one of the red flags we use to determine if opioids are inappropriate for an injured worker. This report indicates that fact is being largely ignored by prescribers.

The ‘behavioral health problems’ noted among patients more susceptible to misuse and use disorders means that other known risk factors are also not being taken into account when opioid prescriptions are written. Research over the last several years points to several psychosocial red flags that must be considered before opioids are prescribed:

The authors say people with behavioral risk factors “need to be prioritized for prevention, more intense monitoring, and screening for opioid use disorders when opioids are prescribed. Persons identified with prescription opioid misuse and use disorder should be queried about co-occurring behavioral health conditions and should be referred for treatment if these conditions are present.”

In programs such as ours, we test to determine the injured worker’s pain attitudes, beliefs, and perceptions; perception of work; mood/affect, catastrophizing; behavioral response to pain; and activities of daily living.

We know for a fact that those who have high scores on our screening questionnaire have longer durations of lost time from work and a greater likelihood of developing chronic pain. Once we’ve identified these high risk injured workers, we can use intervention techniques.

Injured workers who score high on our risk assessment questionnaires have been shown to be treatable with cognitive behavioral therapy and have decreased work loss durations and decreased conversion to chronic pain compared to controls who did not receive the CBT treatment protocol.

The treatment for injured workers with risk factors for delayed recoveries must be consistent with national treatment guidelines. They need to focus on skill acquisition, improved function and return-to-work.

CBT meets these criteria and is highly effective in helping high risk injured workers. It is:

Pain is a symptom of many pathologic processes and must be appropriately addressed to help the person regain control of his life. CBT is one of the most effective treatments to do this. Opioids are not.