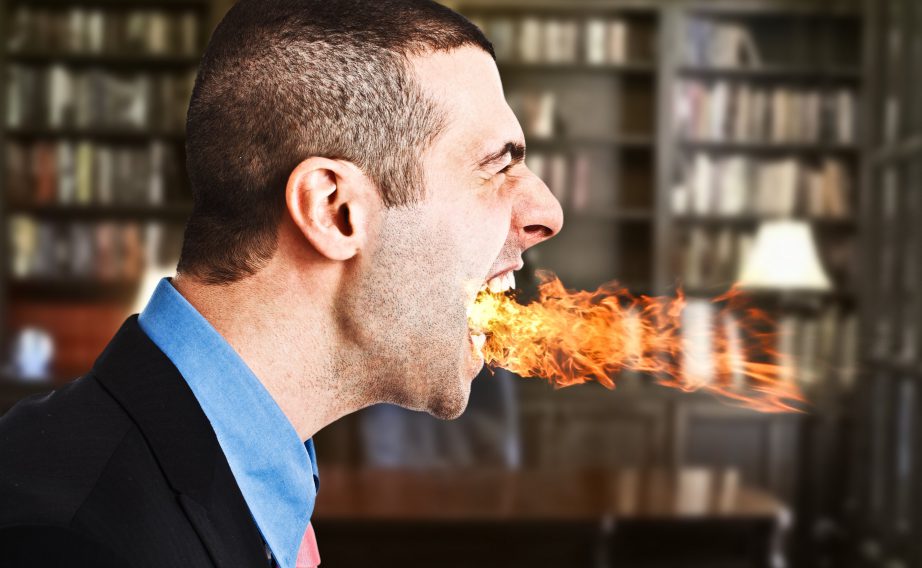 What do you usually do when you stub your toe hard or hit your thumb with a hammer instead of the nail you’re holding? If you’re like many of us, you probably let loose with an expletive you wouldn’t want your kids or grandmother to hear.

Not only is that a normal reaction, but it also may actually be helpful. Turns out swearing is a way of releasing emotions, which we already know is necessary to allow the body to function properly. In the case of sudden, sharp pain, there’s evidence that belting out your favorite 4-letter word can help you tolerate pain better.

This is not to suggest your injured workers go racing through the worksite cussing like sailors. But it is another indication of the mind-body connection and that pain is much more than just simple, physical stimuli, or as I like to say, the bane of pain is in the brain.

To date, there are no known, double-blind, randomized, peer-reviewed scientific studies to prove that profanity lessens pain. But a couple of experiments among students in the UK show interesting results worth noting.

In one, a psychologist wondered why swearing is such a common response to pain and whether it makes the pain worse or more bearable. He persuaded 67 undergrads in Staffordshire, England, to immerse their hands in ice water in an effort to answer his questions.

The students actually agreed to do this two times, once while swearing, and once while saying a more palatable word. He randomized the order of the swearing and the neutral-word utterances to make it fair. He asked each student to list five swear words and five other words to describe a table. He took the first word from each list for each student.

The results showed that the students experienced less pain when they cursed. They were able to keep their hands in the ice water almost 50 percent longer when they swore compared to when they said a neutral word. Also while swearing, the students’ heart rates increased and their perceptions of pain decreased.

In another study designed by one of the undergraduates, students repeated the ice-water test after playing one of two video games. This experiment sought to determine if someone’s tolerance for pain could be increased by the person feeling more aggressive.

The results showed that those who played the shooter game scored consistently higher on aggression measures than the golf game players. Also, the shooter players were able to tolerate the ice water far longer than the golf players: 195 seconds vs. 117 seconds for male students, and 174 seconds vs. 106 seconds for the female students. The shooter players also had increased heart rates and said they perceived less pain.

Pain, the Brain and Cussing

Based on what we understand about pain, the results of these experiments are actually not that surprising. Pain is much more than just a physical sensation. It is an experience based on a combination of thoughts, emotions and environmental factors as well as physical stimuli. How we experience the same pain varies at any given time based on those psychological influences.

Our circumstances, mood and environmental factors change constantly. As the studies in the UK showed, we have the ability to change many of these factors ourselves, thereby changing our experiences of pain. In fact, that is one of the hallmarks of pain management interventions, including cognitive behavioral therapy (CBT).

Recent groundbreaking research shows that pent up, unexpressed emotions can cause ill-health and pain. They stifle the opportunity for continuous communication between the mind and body, which is central to maintaining good health. Cells need to constantly move and work in sync in an information network throughout the mind and body.

Living in the emotional brain is a neurobiological condition of injured workers with chronic pain. Many of the skills we teach in CBT involve helping these workers learn to balance their emotional brain with their ‘thinking’ brain, which in turn, helps them cope with their pain and get back to functionality.

One more interesting insight from the UK students: all swear words are not created equal. The study found that the more colorful the language, the less the pain perception. Milder cursing did not have the same effect as more hardcore cursing.

Eliminating pain requires balancing emotions that are clogging the mind-body connection. Next time you rise up from tying your shoe, smack your head against the table you forgot was above you and hear a few choice words escape from your lips. Remember, it’s just your body’s way of dealing with the hurt.