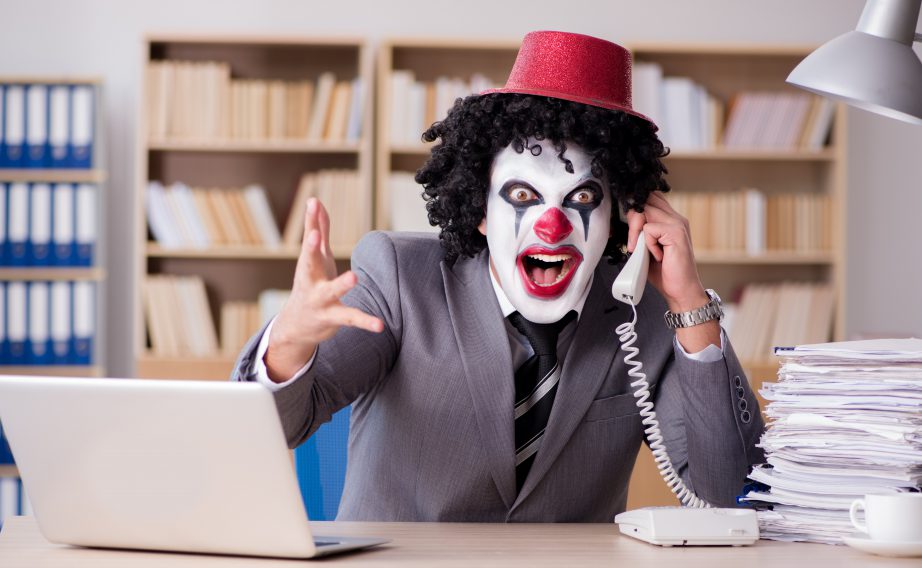 It’s Halloween – a day that can be a great opportunity for team building and comradery at an organization. Many companies celebrate with costume and decorating contests, parties and pumpkin carvings. But for some employees, the day can evoke feelings ranging from mild discomfort to downright terror.

People hidden behind masks, costumes that suggest violence, and people unexpectedly jumping out of hiding places can prompt feelings of unmitigated fear among those who have experienced real-life evil. Workers who have suffered a trauma – even those who have learned to manage their feelings on a day-to-day basis – may find themselves on heightened alert and easily startled throughout the day and night. Rather than having fun on Halloween, some workers look forward to the day after Halloween. Employers are wise to consider the feelings of all employees as they celebrate.

Certain triggers throughout the day may cause flashbacks, panic attacks and anxiety in trauma survivors, especially those with posttraumatic stress disorder.

PTSD affects many people who have survived a distressing ordeal, not just war veterans. Those who have been victims of assault or witnessed violence can be affected by it. Even workplace harassment can cause PTSD among some people. Certain triggers cause them to re-experience their trauma.

Unfortunately, some people have undiagnosed PTSD. Anyone who has been through trauma should be assessed and allowed to meet with an expert to help them deal with their reactions to the event. While most people do recover and go on with their lives, some need additional treatment to get back on track. Cognitive behavioral therapy, a short-term, goal-oriented process, is one of the most effective programs to help people who’ve experienced trauma. Workers who have been through a horrific experience and have not been treated with CBT or a similar program may be especially vulnerable to trauma triggers today.

Some people who have experienced trauma have increased stress reactivity, a biochemical mind-body connection that creates an increased inflammatory response, as well as other biochemical reactions that hinder recovery and healing. Someone who has stress reactivity is ‘threat reactive,’ meaning he has a low threshold for threat. Even the perception of threat triggers a stress response.

To understand why some employees are fearful of or dread Halloween, it’s important to understand how stress affects the body. Stress can be a good thing – when it comes at an appropriate time and has a short duration. When someone is physically threatened, the brain’s fight/flight/freeze response goes into effect and dictates how the body should react to the situation.

When confronted with a threat, the body secretes several hormones from the adrenal glands – especially epinephrine and cortisol. These have a variety of effects on the body, such as increases in heart rate and blood pressure, elevated blood sugar levels, impaired cognitive performance, and lowered immunity and inflammatory responses.

Blood flow moves away from the neocortex – a part of the brain involved in higher-order functions – and into the muscles to prepare to fight if need be. Self-preservation instincts are activated, meaning the person is focused on his own sense of well-being rather than others’.

Trauma survivors who have not been properly treated through CBT or other methods may find themselves constantly on guard and hypervigilant – needing to be acutely aware of things. Such a person can be extremely sensitive to sudden sounds; he may nearly jump out of his skin by just hearing a knock on the door. He feels he is in constant danger. A worker who experiences this on an ongoing basis will be that much more hypervigilant on a day such as Halloween.

Every person is different, and each person who has been through a trauma and has unresolved issues will have different reactions to Halloween. But many people with PTSD will report feeling at least some distress about the following:

Some people avoid stores that sell costumes that may cause them stress.

Workers referred to us for trauma treatment learn techniques to help them cope with their symptoms. Mindfulness meditation, for example, can help decrease their stress levels and keep them grounded. But even workers who have learned to manage their fears and stress may find themselves on high alert, trying to avoid anything that triggers a negative reaction, especially if they are not aware of all their triggers.

Halloween should be a day to celebrate – for those who wish to participate. Employees who are reluctant to take part in the festivities should not be forced to do so. And they should not be subjected to some of the scarier, stress-inducing activities associated with Halloween. It should be a day that all can enjoy.

As the old Scottish poem goes,

From ghoulies and ghosties

And things that go bump in the night,