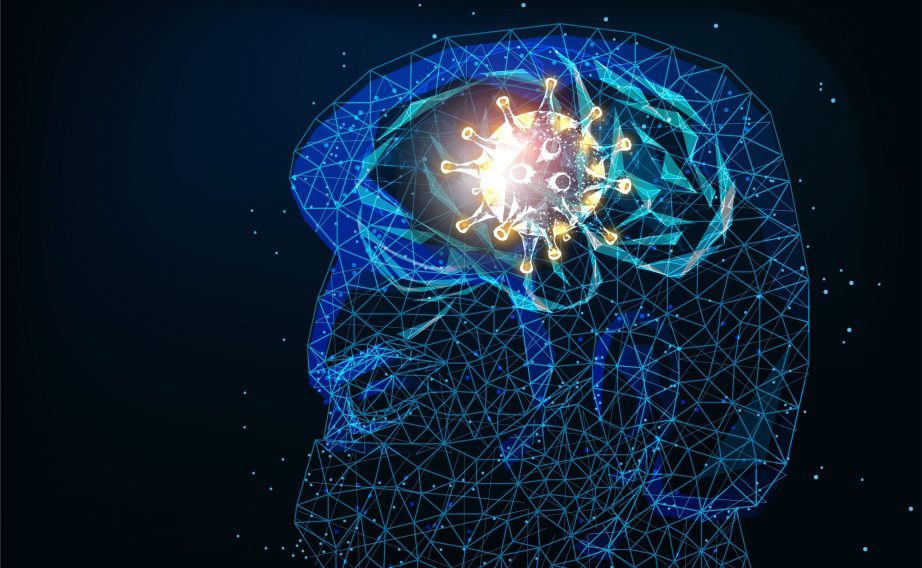 Okay, take a slow breath. Take another. Slowly, take another. Now clear away the worried thoughts.

That was me talking to myself when I started looking into possible long-term health consequences of the COVID-19 pandemic. I have gotten over the initial shock of the rapidly rising infection and death toll, as I have become accustomed to talking in a matter-of-fact way about these very frightening topics and joking about the daily tedium of working from home. At least now I have a good excuse to avoid talking to my neighbors.

There hadn’t been much discussion in the media about residual illness, but the few research reports coming out of China where the pandemic was resolving ahead of the United States (by about a month) seemed ominous. There were definitely some more long-term complications, and I expected there would be for folks with pre-existing health conditions. Pulmonologists and respiratory therapists were going to be busy. I also anticipated we’d be seeing a lot of stressed-out health care workers and, of course, bereaved family members. But then I was tasked with looking into the emerging reports of possible neurological issues resulting from COVID-19.

That was almost too scary to contemplate. We were already cowering in our houses, staying six feet apart at the grocery store, waiting outside our favorite restaurants and driving in our cars wearing N92 masks and latex gloves. Weren’t we scared enough?

Up to this point, the most immediate and understandable concern of frontline health care providers dealing with the impact of severe acute respiratory syndrome corona virus (SARS-CoV-2) had been respiratory problems. By far the most serious, life-threatening aspects of the condition are due to the viral effects on the lungs and breathing, which are pretty much universal for those infected, but with symptoms that can range from shortness of breath, mild dyspnea, to fatal respiratory failure. The official statistics of the World Health Organization (WHO) and the US Centers for Disease Control (CDC) have shown close to a normal distribution of symptom severity, ranging from asymptomatic to life-threatening, with age, cardiopulmonary, immune-compromising issues and other comorbidities being complicating factors. The good news is that more than 95% of individuals who develop Corona Virus Disease 2019 (COVID-19) survive and recover. The bad news is that about 25% of survivors will have lingering respiratory problems or other health complications. Two of the secondary health complications that negatively affect brain functions, cerebral hypoxia and cerebral ischemia, will be the focus of Parts 2 and 3 of this series.

The first topic I prioritized in reviewing studies on neurological implications of SARS-CoV-2 was direct infection of the brain and spinal cord, the central nervous system (CNS). What we have learned from a large number of previous viral outbreaks is that many viruses infect the CNS, including at least six previous corona viruses. Neuro-invasive viruses are particularly damaging and difficult to treat. Consequently, many virologists were on the alert for any signs of neurological involvement in the symptom reports and pathological findings. Then, two early studies published separately by researchers at separate institutions in Wuhan, China, in March 2020 reported high percentages of patients with neurological complaints (41%) and then the detection of the SARS-CoV-2 virus in the cerebrospinal fluid of a patient with viral encephalitis, which was confirmed by genome sequencing.

Suddenly, many articles were referring to the implications of these studies in Wuhan, especially the smoking gun evidence of SARS-CoV-2 in cerebrospinal fluid. Many coronavirus specialists reflected on the neurotoxic effects of similar viruses, including SARS-CoV-1, and hypothesized on the means of access to the CNS. Since many patients were reporting anosmia (loss of sense of smell) along with other neurological features, the most common theory was that the virus gained access to the CNS via “olfactory neuron transport” by latching onto ACE2 proteins accessible at the sensory nerve endings of olfactory axons in the olfactory epithelium at the top of the sinus cavity. Like ninjas using ropes and grappling hooks to scale the back walls of an enemy fortress at night, the SARS-CoV-2 was thought to propel itself through the skull’s thinnest, most vulnerable spot, the cribriform plate of the brain pan. Here, the nerves of the olfactory bulbs actually do extend through to the top of the nasal passages.

As enticing as this story seemed to be, it turned out to be more fantasy than fact. Despite all the subsequent large-scale studies of COVID-19 signs and symptoms, no other researchers have found evidence that the virus directly infects the brain or spinal cord. In fact, when reviewed carefully, reports clearly identified “neurological symptoms,” indicating symptoms of headache, dizziness, nausea and other symptoms associated with decreased cerebral blood oxygenation (hypoxemic hypoxia), and have not been corroborated with pathology assay findings of SARS-CoV-2 in cerebrospinal fluid or in autopsied brain.

Despite this lack of evidence, a number of healthcare journalists continued to report loss of sense of smell and possibly loss of sense of taste, along with other hypoxia symptoms as evidence of neurotoxicity. Virologists and pathologists have not given up either and continue to look for evidence of SARS-CoV-2 in a variety of tissue and fluid assays of COVID-19 victims. There are three ways that neurotropic viruses gain access to the brain or spinal cord: 1. via neurons traveling to the brain, 2. in the cerebrospinal fluid or 3. via the bloodstream. There has not been any further evidence to date that SARS-CoV-2 has been able to infiltrate the CNS by any of these pathways. This has brought into question the one early finding of SARS-CoV-2 in a case of encephalitis. The one victim’s cerebrospinal fluid was assayed in a busy hospital lab at the epicenter of the outbreak, and the genome sequencing was done only once. Given the amount of SARS-CoV-2 RNA being processed in that lab, the potential for contamination of a single CSF sample seems like a credible alternative explanation at this point.

In fact, most of the articles found on searches of neurological effects of COVID-19 have cited just a few early studies that reported “neurological” complaints of dizziness, headaches and sometimes anosmia and/or ageusia. These patients appear to be reporting symptoms secondary to respiratory infection and decreased blood oxygen levels. Anosmia is most often due to inflammation of the nasal passages, causing deterioration of the sense of smell, which secondarily affects the sense of taste. Although researchers were quick to propose hypotheses about how the SARS-CoV-2 virus might gain access to CNS via the olfactory system, there was no evidence of it actually infecting the neural pathways for either smell or taste. While it is reassuring that SARS-CoV-2, unlike neurotropic viruses with known neuropathology (e.g. polio, rubella, West Nile), does not appear to directly infect nerve cells, it still can have secondary impact on the CNS in ways that range from mild to severely disabling.

In order to describe the ways that COVID-19 can have secondary effects on the brain, we need to understand more about how the SARS-CoV-2 compromises the respiratory, immune and vascular systems. In the next part, I’ll start by reviewing the respiratory system, since that is by far the most commonly affected. As discussed above, the most common, dangerous feature of COVID-19 is the way it compromises the lungs’ capacity to oxygenate the bloodstream (hypoxemia). All of our organs quickly become less efficient when they do not have the oxygen they need to generate energy. As I will discuss in the next section, cells, especially nerve cells, need a constant supply of energy in order to survive.

Many have heard the term “silent hypoxia,” which describes a threatening condition that leaves the body and brain deprived of oxygen without us seeming to notice the changes. In addition to discussing how we can become more aware of the signs and symptoms of hypoxia, the next installment in this series, “Aftermath,” will explain why brain cells are particularly vulnerable to hypoxia and how we can help clients avoid neurotoxicity from its threat.

Dr. LeGoff is a licensed neuropsychologist with more than 25 years of clinical experience, having held many prestigious clinical and teaching positions at Ivy League universities and government and healthcare institutions nationwide. A world-renowned speaker, author and expert in personal development and cognitive behavioral therapy, Dr. LeGoff has conducted professional trainings worldwide.